Saffron is a spice derived from the dried stigma of the flower of the saffron crocus (Crocus sativus), a species of crocus in the family Iridaceae.

The finest quality saffron – like ours – is painstakingly picked by hand, and last year Tas-Saff picked over 2 million individual stigmas, or threads as they are sometimes known.

The flower has one three-pronged stigma, which is the distal ends of the plants carpels. Together with its style, the stalk connecting the stigmas to the rest of the plant, these components are often dried and used in cooking as a seasoning and coloring agent. Saffron, which has for decades been the worlds most expensive spice by weight, is native to Southwest Asia.

Saffron is characterised by its stunning golden yellow colour, a bittersweet taste and an iodoform – or hay-like fragrance; these are caused by the chemicals picrocrocin and safranal.

It also contains a carotenoid dye, crocin, that gives food a rich golden-yellow hue. These traits make saffron a much sought-after ingredient in many foods worldwide. Saffron also has medicinal applications.

The word saffron originated from the 12th century Old French term safran, which derives from the Latin word safranum. Safranum is also related to the Italian zafferano and Spanish azafrán.

Experts believe saffron was first documented in a 7th century BC Assyrian botanical reference compiled under Ashurbanipal. Since then, documentation of saffrons use over the span of 4,000 years in the treatment of some 90 illnesses has been uncovered. 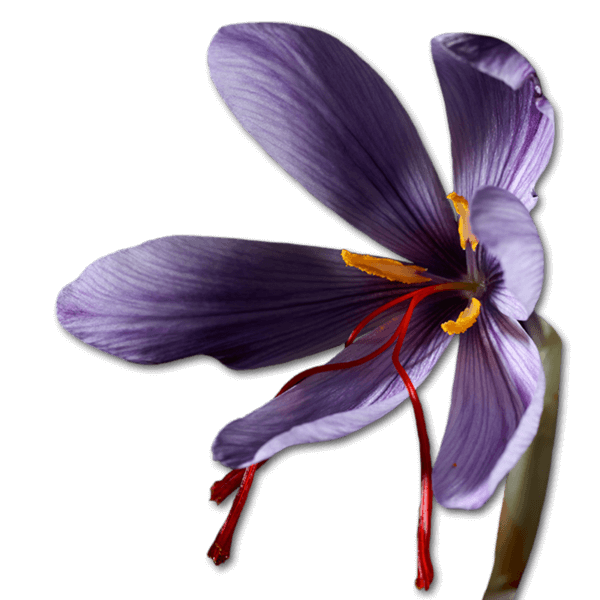 Saffron types are graded by quality according to laboratory measurements of such characteristics as crocin (colour), picricrocin (taste), and safranal (fragrance) content. Other metrics include floral waste content (i.e. the saffron spice samples non-stigma floral content) and measurements of other extraneous matter such as inorganic material (“ash”).

A uniform set of international standards in saffron grading was established by the International Organisation for Standardisation, which is an international federation of national standards bodies. Namely, ISO 3632 deals exclusively with saffron. It establishes four empirical grades of colour intensity: IV (poorest), III, II, and I (finest quality). Saffron samples are then assigned to one of these grades by gauging the spices crocin content, which is revealed by measurements of crocin-specific spectroscopic absorbance.

Why is saffron graded?

By measuring saffron in laboratory conditions against international standards (ISO 3632), we get a measure of its quality and this is used by discerning chefs to ensure that their food has only the most fantastic flavour and aroma

Where does saffron originate from?

Experts believe saffron was first documented in a 7th century BC Assyrian botanical reference compiled under Ashurbanipal. Since then, documentation of saffrons use over the span of 4,000 years in the treatment of some 90 illnesses has been uncovered.

Why is it so expensive?

Saffron is the worlds most expensive spice for two reasons. The first is that in order to extract 1kg of saffron from crocuses, the stigmas of almost a quarter of a million flowers must be hand-picked, dried and bottled which is incredibly labour-intensive.

Secondly, Tas-Saff saffron goes a long way. As our saffron is of the highest quality, far less of it is needed in your cooking. Only 100mg of Tas-Saff saffron is needed to flavour and colour a dish for four to eight people. Many other saffron producers recommend 500mg to achieve the same result. This is because of the different qualities of saffron being marketed worldwide.

Does it have any other uses besides cooking?

Medicinally, saffron was used in ancient times to treat a wide range of ailments, including stomach upsets, bubonic plague and smallpox. Clinical trials have shown saffrons potential as an anti-cancer and anti-aging agent. Saffron has been used to colour textiles and other items, many of which carry a religious or hierarchical significance.

Recent clinical trials are showing saffron to have remarkable properties. Weight for weight saffron is the most powerful source of anti-oxidants known along with many other nutrients and properties.

Bioactivity assessment and toxicity of crocin: A comprehensive review

Saffron and retina: Neuroprotection and pharmacokinetics

Where does it grow?

The saffron crocus thrives in climates similar to that of the Mediterranean maquis or the North American chaparral, where hot, dry summer breezes blow across arid and semi-arid lands. Nevertheless, the plant can tolerate cold winters, surviving frosts as cold as −10C (14F) and short periods of snow cover.

Tasmania has proved to have ideal conditions for growing the highest quality of saffron, and it is now renowned worldwide as one of the premiere locations for saffron production. Indeed many other states in Australia also produce saffron, as well as some areas of New Zealand.

However, if not grown in wet environments such as Kashmir (where rainfall averages 1,000–1,500mm annually), irrigation is needed—this is true in the saffron-growing regions of Greece (500mm of rainfall annually) and Spain (400mm). Rainfall timing is also key: generous spring rains followed by relatively dry summers are optimal.